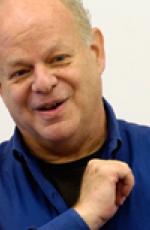 Martin E.P. Seligman, PhD, founder of Positive Health, is the Zellerbach Family Professor of Psychology and the director of the Positive Psychology Center at the University of Pennsylvania. Also the founder of positive psychology and learned helplessness, Seligman is a world-renowned expert on depression, optimism, and pessimism. He is well-known in academic and clinical circles and is a best-selling author.

Seligman is the recipient of two Distinguished Scientific Contribution awards from the American Psychological Association, the Laurel Award of the American Association for Applied Psychology and Prevention, and the Lifetime Achievement Award of the Society for Research in Psychopathology. He holds an honorary PhD from Uppsala, Sweden, and a Doctor of Humane Letters from the Massachusetts School of Professional Psychology. Seligman received both the American Psychological Society's William James Fellow Award (for contribution to basic science) and the James McKeen Cattell Fellow Award (for the application of psychological knowledge).

In 1996, Seligman was elected president of the American Psychological Association (APA) by the largest vote in modern history. His primary aim as APA president was to join practice and science together so both might flourish, a goal that has dominated his own life as a psychologist. His major initiatives concerned the prevention of ethnopolitical warfare and the study of Positive Psychology.

Seligman’s books have been translated into 20 languages and have been bestsellers both in America and abroad. His work has been featured on the front page of The New York Times, Time, Newsweek, U.S. News & World Report, the Reader's Digest, Redbook, Parents, Fortune, Family Circle, USA Today, and many other popular magazines. He has been a spokesman for the science and practice of psychology on numerous television and radio shows. He has written columns on such far-flung topics as education, violence, happiness, and therapy. He has lectured around the world to educators, industry, parents, and mental health professionals.

He earned a bachelor’s degree in philosophy at Princeton University and earned his PhD in psychology at the University of Pennsylvania.