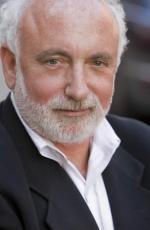 Laurence Steinberg, PhD, is the Laura H. Carnell Professor of Psychology at Temple University. As one of the world’s leading authorities on psychological development during adolescence, Steinberg’s research has focused on a range of topics, including adolescent brain development, risk-taking and decision-making, mental health, family relationships, after-school employment, school achievement, and juvenile justice.

Steinberg is the author of more than 300 articles and essays on growth and development during the teenage years, and the author or editor of 13 books. He served as a member of the National Academies’ Board on Children, Youth, and Families and currently chairs the Academies’ Committee on the Science of Adolescence. He has been a frequent consultant to state and federal agencies and lawmakers on child labor, secondary education, and juvenile justice policy. He was the lead scientist on the amicus curiae brief filed by the American Psychological Association in Roper v. Simmons, the landmark U.S. Supreme Court case that abolished the juvenile death penalty. Steinberg also provided expert testimony and consultation in a number of legal cases involving adolescent brain and behavioral development.

He was educated at Vassar College, where he graduated with a degree in psychology, and at Cornell University, where he received his PhD in developmental psychology.