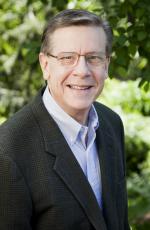 Diener was the president of the International Society of Quality of Life Studies, the Society of Personality and Social Psychology, and the International Positive Psychology Association. He has served as the editor of the Journal of Personality and Social Psychology and the Journal of Happiness Studies. He is the founding editor of Perspectives on Psychological Science. The Institute of Scientific Information lists him as one of the most highly cited psychologists with more than 30,500 citations to his credit. He is the most published author in the Journal of Personality and Social Psychology. Diener has more than 300 publications, with about 200 in the area of the psychology of well-being. Diener has been awarded several prestigious honors, including the American Psychological Association's Distinguished Scientist Award (2012), the Association for Psychological Science's William James Award for Distinguished Lifetime Achievement in Research (2013), and election to the American Academy of Arts and Sciences (2012).

He has edited three recent books on subjective well-being, and a 2005 book on multimethod measurement in psychology. Diener published a popular book on happiness with his son Robert Biswas-Diener (Happiness: Unlocking the Mysteries of Psychological Wealth) as well as a book on policy uses of accounts of well-being with Richard Lucas, Ulrich Schimmack, and John F. Helliwell (Well-Being for Public Policy). A multivolume collection of his most influential works in the area of subjective well-being will be published this year (The Collected Works of Ed Diener) as well as a book on international differences in well-being, which he edited in conjunction with Daniel Kahneman and John F. Helliwell (International Differences in Well-Being).