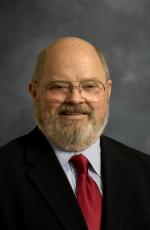 Steven N. Blair, PED, is a professor in the Departments of Exercise Science and Epidemiology and Biostatistics at the Arnold School of Public Health, University of South Carolina. His research examines the role of physical activity on all-cause mortality; in preventing or reducing the risk of cardiovascular diseases, cancer, and type 2 diabetes; and in promoting independent and quality of life in older adults.

Blair is the recipient of three honorary doctoral degrees—doctor honoris causa degree from the Free University of Brussels, Belgium; doctor of health science degree from Lander University; and doctor of science honoris causa, University of Bristol. He has received awards from many professional associations, including a MERIT Award from the National Institutes of Health, ACSM Honor Award, Population Science Award from the American Heart Association, and is one of the few individuals outside the U.S. Public Health Service to be awarded the Surgeon General's Medallion. He was the senior scientific editor for the U.S. Surgeon General's Report on Physical Activity and Health.

Blair received his PED and MS at Indiana University and was a postdoctoral scholar in preventive cardiology at Stanford University School of Medicine. He received his bachelor’s degree from Kansas Wesleyan University.